VINCENT DA SILVA, is a young accomplished artist based in Somerset West, Cape Town. Born in Johannesburg in 1989, he later grew up in Cape Town and was introduced to the bronzing process at a very young age.

Vincent soon developed an impasto style of sculpting which brings texture and a sense of movement to his work. He draws influence from nature and wildlife, exploring his subject matter in great detail. His pieces start with a concept drawing and result in a very labour intensive sculpting process.

As an artist he has a very analytical way of producing bronzes and likes to explore the figurative and abstract personalities of art through his work. 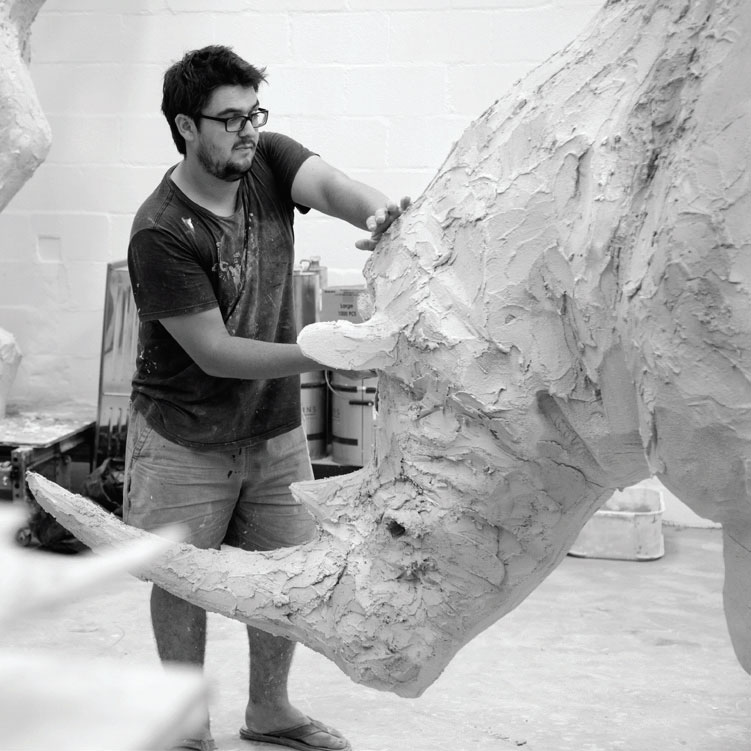 He sells both locally and internationally and has broken boundaries due to his simplistic expression of movement through form. Not one to complicate things, neither explain his work, nor name his work – Vincent creates mature pieces that not only capture his imagination but are also a true form of self-expression.

Back To Top
×Close search
Search
×
error: Content is protected !!
0